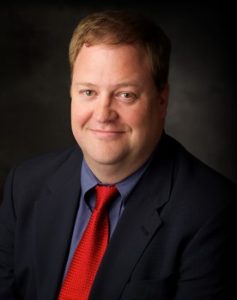 A motor-vehicle accident victim who fired his lawyer and asked for more money must still accept the $17,500 settlement that his counsel agreed to before she was dismissed, the Georgia Court of Appeals ruled Wednesday.

An appellate panel reversed a trial court that found Ernest Butler was not bound by a settlement agreement agreed to by attorney Sarah Jett. The opinion says Georgia law does not require settlement offers to be made in writing and that an attorney can create a binding agreement without execution of a formal release.

“Everyone agrees that the insurer offered to settle for a specific dollar amount, and counsel’s letter unequivocally accepted that offer without imposing any additional conditions,” the unanimous opinion says. “That is enough to form an enforceable settlement agreement here, and because the insurer was not made aware of any restrictions on the authority of Butler’s counsel, her assent bound Butler.”

Butler was injured in March 2019 when his vehicle was side-swiped by a tractor trailer owned by Carrier Compliance Service, which was insured by Progressive. Butler hired Jett, a partner with Gary Martin Hays & Associates in Duluth, Georgia, to represent him.

In January 2020, Jett emailed Progressive stating that Butler had agreed to its $17,500 offer as “full and final settlement” of his claim and instructed the insurer to mail a check in Butler’s name to her office. She agreed to take care of any “statutorily valid liens.”

Eight days later, Jett sent a letter to Progressive stating that her firm no longer represented Butler. A month after that, Butler’s new counsel sent Progressive a letter offering to settle the case for $350,000.

An attorney for the trucking company and the driver replied that Butler had already agreed settle the case and asked for instructions on where to send the payment and settlement documents. Butler did not respond.

Progressive filed a lawsuit seeking in Gwinnett County Superior Court seeking to enforce the settlement agreement through a declaratory judgment. Butler, through counsel, argued that he never agreed to settle the case and Jett had engaged in negotiations without his consent.

Judge Robert D. Walker ruled that the settlement was not valid because Butler had never agreed to it and had not signed any release of liability. Progressive appealed.

The attorney who represented Progressive, partner Kevin T. Shires with Shires Peake Gottlieb in Alpharetta, Georgia, said he told Judge Walker that if the settlement was deemed invalid, he would have to be concerned about “hundreds, if not thousands” of settlement agreements that he has approved in his 25 years of practicing law.

Shires said he has no idea what happened between Butler and Jett, but lawyers need some certainty when they negotiate an agreement. If not, “it means we can never be comfortable settling a case,” he said.

“The real shocker is the trial court didn’t enforce it to begin with,” Shires said.

The appellate panel said that under Georgia law, attorneys have authority to enter into agreements on behalf of their clients and those agreements are enforceable. If an attorney disagrees with the terms, “the client’s redress is against the attorney.”

Georgia law does not require a settlement offer to be made in writing and case law holds that even oral agreements are enforceable.